A death in the family

Oh dear, Mr Model M keyboard born in the Unicomp factory met his nemesis a spilt cup of coffee and the membrane is now broken. 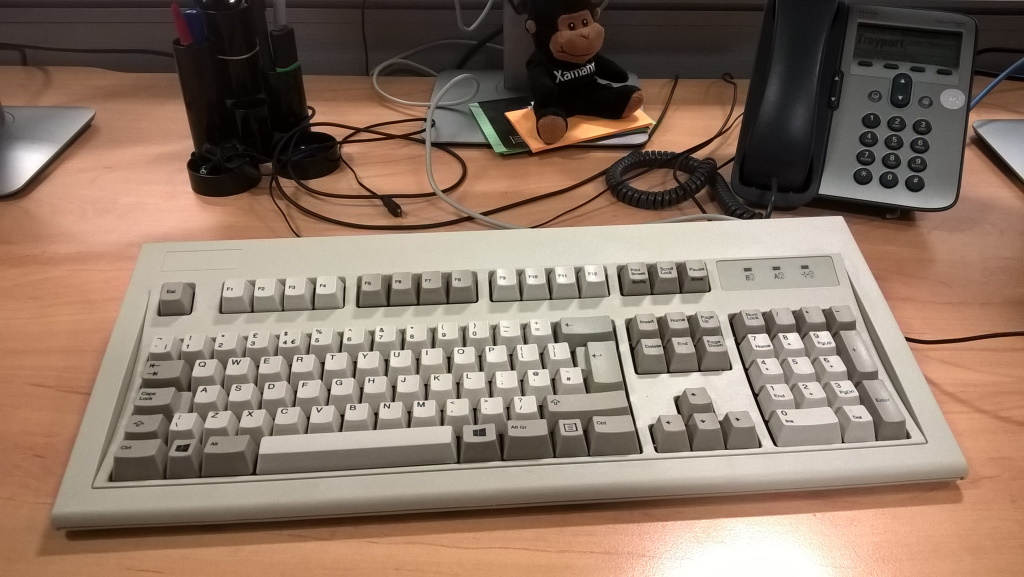 My Unicomp in happier days when I could go to the office.

Now I have dearly loved having a model M keyboard with all of it’s IBM Buckling spring goodness but the noise was a bit much in the office and it didn’t really play well with the new PC (holding down the del key to get into the BIOS could sometimes cause it lock up) so once I’d dragged out the emergency keyboard it was time to do some ordering.

It is possible to get new membranes (and the folks at The Keyboard company) normally have some in stock so the Model M might get resurrected but to do that you need to do a “bolt mod” which involves chopping off the plastic welds on the bottom of the case then drilling out the spacers and putting bolts through. I may see what Unicomp charge for a repair.

So I had a look around on amazon for a new keyboard and managed to find this VictSing mechanical keyboard with Outemu Blue switches for £38 delivered from the US (with a really bad repacking job by DHL who took it out of the box and put it one of theirs). This layout (often called 96 key) sort of matches the older AT keyboard layout I first started with (more on this in a future post)

It’s a US keyboard layout which is still taking a bit of getting used to. The interesting bit is the numeric keypad (or ten key) section which has a normal num-lock key to flip between numbers and arrows, I usually have num lock off normally anyway as a hangover from using the original AT keyboard over 25 years ago so this isn’t a big problem for me. However if you want a normal arrow key set you hit the key in the top right and the lights change and you have a normal 104 key navigation cluster, the keys that are off are then dead. 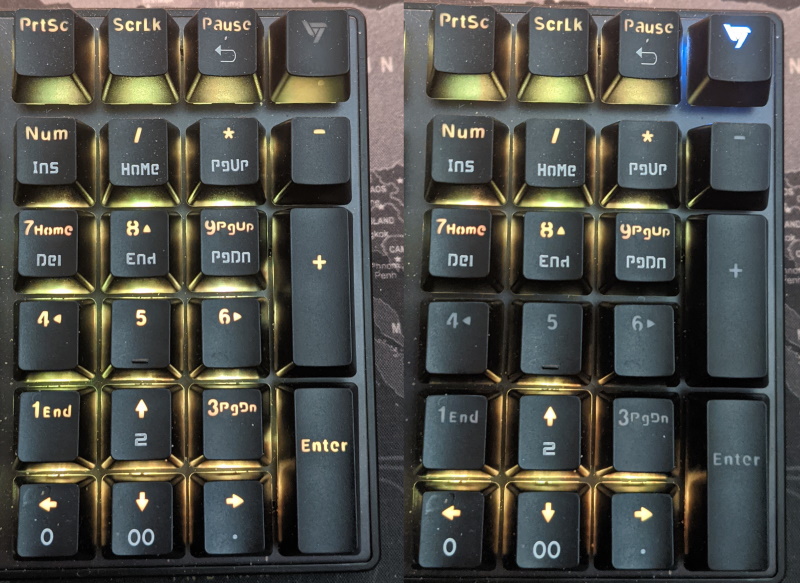 Now this is basically a neat design idea the only problem is it really makes a mess of the key caps, and I’m not a big fan of the “double-zero” key either (which sends a double press of the 0 / Ins key)

However as a budget keyboard for not very much money this keyboard with individual RGB LEDs isn’t a bad purchase. If I was going to use it long term then I’d probably swap the key caps as the font can only be loved by a hard core gamer.

Coming up next is what I plan to replace it with but that’s a post for tomorrow….